Beaver Creek, CO - 40 year old Jens Voigt left everyone behind on the very first climb of the day and then rode solo for the entire 97 miles to win stage 4 of the Pro Cycling Challenge.  The big German, riding for Radio Shack, suffered through three major climbs, several monsoon storms and temperatures in the low fifties before finally reaching the finish line in Beaver Creek, more than 5 minutes ahead of the main field.

After Voigt’s dramatic victory, the next question at Beaver Creek was how the overall race leaders would fare on the uphill finish.  After 97 miles of racing, Christian Van De Velde and Tejay Van Garderen again finished wheel to wheel, with the exact same time, for the third straight day.  Despite having the same time in the overall standings, Christian Van De Velde passed the leader’s yellow jersey back to Tejay Van Garderen, who finished less than a bike length ahead today.

The race moves to the Front Range tomorrow.  Stage 5 covers 117 miles, starting in Breckenridge and finishing in Colorado Springs. Stay tuned to KSUT tomorrow and throughout the week as we track the progress of the Pro Cycling Challenge across Colorado.   KSUT race reporter Elise Thatcher will have a complete report from Beaver Creek tomorrow morning at 7:30 during Morning Edition, which will air again at 11 am. 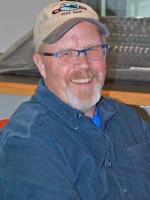