KSUT will stream the performances of Sarah Borges and Amanda Anne Platt & the Honeycutters live from Reservoir Hill in Pagosa Springs this weekend at the 26th annual Four Corners Folk Festival during the Saturday Blend.

The Saturday Blend, which airs from noon until 3 p.m. each Saturday on KSUT’s Four Corners Public Radio signal, will take a live feed direct from the soundboard at 12:15 p.m. for the 70-minute set by Borges; and again at 1:45 p.m. for the 70-minute set by Platt. Jim Belcher will host the Blend before, in between, and after the performances before returning to regularly-scheduled programming at 3 p.m. with eTown.

Sarah Borges, who is based in Boston, has fronted her own band since 2004, when she released her debut album, Silver Lining. Her latest album, Together Alone, was released earlier this year and has charted highly on Americana and alt-country airplay and sales charts, spawning the hit single “Wouldn’t Know You.” Borges’ brand of rock & roll is a rootsy one that incorporates country, blues, folk and barroom rock.

Borges’ band is led by veteran producer and ace guitarist Eric Ambel, a founding member of both The Del Lords and The Yayhoos. Ambel has been a member of Joan Jett & the Blackhearts and Steve Earle & the Dukes during his career. Playing bass on Reservoir Hill for Borges is Keith Voegele, a past member of The Bottle Rockets.

Amanda Anne Platt & the Honeycutters, who call Asheville, N.C., home, play traditional country and Americana that is steeped in the tradition of Appalachian folk music and classic country artists of the 1950s through the ‘70s. They’ve released eight albums since starting their career in 2009. Their latest double-album, The Devil and the Deep Blue Sea, showcases Platt’s songwriting skills and lonesome vocals, as well as the band’s harmonies, hard twang and instrumental prowess on guitar, pedal steel, bass, keyboards and drums.

The Saturday Blend and live performances will also be broadcast on KSUT Tribal Radio, which can be heard at 91.3 FM in Ignacio, 100.9 FM in Towaoc and 89.7 FM in Farmington. Streaming is available at tribalradio.org.

Campgrounds will open at 11 a.m. Thursday; music starts at 4 p.m. Friday and continues through Sunday evening.

For a complete schedule, to purchase tickets, or find out information about each performer, visit ksutpresents.org. 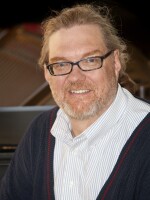