The sign stands tall in the center of downtown Durango, just off Main Street. It's a depiction of a smiling man with brown skin, wearing jeans and a feather in his hair, waving to passersby. The 20-foot caricature is mounted on top of the Toh-Atin Gallery customer parking sign.

“It's a sign. It's been a big part of Durango for a long time. It's on private property, it's not bothering the artists that we work with. The clients that come in here like it,” Jackson Clark says.

Clark is a white business owner who runs Toh-Atin Gallery and owns the Chief. He purchased the statue in the 1980s at an auction for $300. Recently, he’s received plenty of criticism for it.

“One night, that whole bottom part of that thing was all painted up. You can still see there's paint on it and it needs to be repainted,” Clark recalls.

For many Native people and for those concerned about Indigenous representation, the sign is offensive. Writer Kirbie Bennett relocated to Durango from the Navajo Nation, and the sign caught him by surprise.

“I said to myself, is this real? Why is this here? I felt like moving here to Durango, it had this inviting atmosphere. Then I encountered that statue. That was a little reminder that this area isn't as progressive as I made it out to be,” Bennett says.

Bennett wrote an essay in 2020, voicing concern about the sign. That year, many Indigenous community members called for its removal. There were demonstrations and protests. Two petitions circulated – some 8,000 people signed the petition to take down the Chief, and about 5,000 people signed the one to save it. Also, the city of Durango formed a working group to address concerns about the sign.

Jen Olguin is a Southern Ute woman who participated in a protest in 2020.

“I participated, and we had signs featuring missing and murdered indigenous women and relatives. We had marched down Main and stopped at the Toh-Atin statue and had a little talk about that,” Jen remembers.

Kirbie Bennett says the sign is out of touch with contemporary ideas about depictions of Native Americans.

“There was a palpable wave and outcry against the statue. It really is a signifier of white nationalism and it'll be a game changer if it's ever removed,” says Bennett.

Even when the sign was posted outside of the Chief Diner, from the 1950’s to 1980’s, it upset some Native Americans. Arthur Neskahi is a Navajo man who lives in Cortez. He was a student at Fort Lewis College when he demonstrated outside the diner in the 1970s.

“The big nose and just that goofy looking face, waving his hand, making Native people look like they're stupid and foolish. I think it's a racist, racist image, just symbolic of dehumanizing us Native American people,” says Neskahi.

However, Neskahi remembers a time in his youth where his father felt welcome at the diner – perhaps due to the Chief.

“My father, he liked going there. And so as a kid, I went in there with him. He felt comfortable going in there. And maybe they felt that it was a welcoming thing or something,” Neskahi reminisces.

Other Native people also felt this way about the Chief and the Chief Diner. Pearl Casias, former chairman of the Southern Ute Tribe, saw the statue as welcoming to Native people.

“For a little kid and a young teenager, seeing the Chief there impressed me. The Chief Diner represented us as Indigenous and part of the community,” Casias said.

Casias grew up in Ignacio on the Southern Ute Reservation. As a child, she remembers eating at the Chief with her family. When the diner went out of business, she was glad the sign found a new home in town.

“That was nice, they didn't get rid of the Chief. He's still an integral part of Durango. Because, to me, he was my history as an individual tribal member. It felt really nice to have him closer in town,” says Casias.

Today, more than two years after the surge of protesting, the sign still stands. And even after he’d attended community meetings and heard from those who were offended by the sign, Jackson Clark says he won’t remove it.

“I'm stubborn enough that I've lived in Durango my whole life and I just have no interest in taking it down. I'm always willing to listen. But nothing ever came up that seemed reasonable.”

Critics will continue to demonstrate, but Arthur Neskahi understands the Chief might be around for a while.

“It’s just one of the long list of things we have to put up with. It’s a pain in the rib,” Neskahi says. 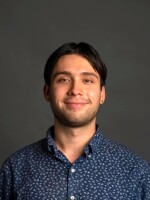