This essay is one in a series celebrating deserving artists or albums not included on NPR Music's list of 150 Greatest Albums Made By Women.

The year is 2008. American Idol is still a-truckin', Disney Channel television starlets are climbing up the bubblegum Billboard charts and Britney Spears suffers a major public breakdown followed by a musical breakthrough. So if there ever were a time for a pop-centric commentary on fame and its manufactured, tear-jerking iPod Shuffle of a psychological roller coaster, it was then.

With her unconventional alter-ego Lady Gaga and her debut release The Fame, Stefani Germanotta delivered this commentary. The album featured dance tracks like the fan-crazy love note of "Paparazzi" and self-proclaimed notoriety of "Beautiful, Dirty, Rich." Was it catchy? Most definitely. Repetitive? Yes, as most pop songs tend to be. But there was a carnival mirror quality to this record that reflected a harmless, likable and head-bobble criticism of the lives of the rich and famous.

But I want to focus not on the origin of Lady Gaga, but rather on her transformation. Because this story (and my nomination for a "Shocking Omission" to the Turning the Tables project) takes place in 2009, along with the release of The Fame Monster, the follow-up EP to the album Gaga released a year prior. What we now consider Lady Gaga canon came from this sophomore release of eight original songs, including the Grammy-nominated body confessional "Dance in the Dark" and the Elton John-esque glossy piano lament "Speechless." This release also included the magnum opus of Lady Gaga's career: The howling, snarling and teeth-gnashing "Bad Romance," where the pop star became a pop diva with a primal, full-throated scream that both commanded attention and demanded the love-love-love of those listening, no matter the cost, the disease or even the all-out Rear Window horror. Because in Gaga's world, love is fame and fame is pain and pain is love, all of which resonated with listeners on a global scale.

So if The Fame is a sun-drenched, poppy celebutante, The Fame Monster is the edgy, fashion-forward, Euro-gothic version of that musical ingénue, a frame of reference relevant to the growth of Lady Gaga. In the months leading up to The Fame Monster's release, the singer was dealing with the highs and lows of overnight stardom from her debut, and the variety of struggles that manifest during relentless tours and travel. But Gaga isn't afraid of the public; she's afraid of herself. In songs like "So Happy I Could Die," Gaga simultaneously longs for and fears the escape found at the bottom of the glass "in the silence of the night, through all the tears and all the lies." And in "Alejandro" and "Monster," Gaga attempts to strengthen her resolve against going back to men who show no remorse in eating her heart and soul. Rather than simply show the bright-and-sunny side of fame, The Fame Monster confesses the weaknesses of someone perceived as so strong in the public eye. It's a trait that does not weaken Gaga, but simply makes her music stronger and more human, which is why this beguiling record defined Gaga's career and spawned innumerable Little Monsters.

But there's more to The Fame Monster than its success as an earworm. The recording continues to reverberate through our collective pop culture psyche because Gaga took the visceral and made it visual. When you revisit the clap back banger "Telephone," images of Gaga and Beyoncé riding away in a Kill Bill-mobile and dancing in a vengeful diner spring to mind. And it's difficult to separate art from song in "Bad Romance;" Gaga takes on the appearance of a vengeful Alexander McQueen runway model as she audibly rips out her heart (and that of her suitor) in a setting not unlike a discotheque from hell. Throughout it all, Gaga combined pop culture visuals from the past, present and hyperactive future and created a rock-opera playground for her audience to play in. If fame is a disease spread through envy and pride, Gaga's avant-garde videos most certainly spread the fame of her music even further.

Some might argue that Lady Gaga is too poppy, too referential or over-exposed, to the point where it's pointless to shine a light on her work. But Turning the Tables isn't about that. It's about giving respect where respect is due. When was the last time someone argued against Prince's inclusion on a "Best of..." list? Or brushed off George Michael's contributions to the pop world? Without a doubt, Gaga is just as much of a creator and destructor of fame as artists like Bowie, in piercing through the veneer of celebrity status through music. Because if Gaga's The Fame Monster is just as pervasive on the radio, in record stores and countless other media landscapes as the music of her male colleagues, why can't we accept her as a significant artist in pop canon as much as the others?

When you're asked to name-check contemporary pop stars, Lady Gaga's name is certainly one of the first to pop into your head. From whispers and bellows to monstrous stilettos, Gaga's femme fearlessness left a mark in the music world. And on The Fame Monster, she wasn't afraid to turn Hollywood decadence and dirt into a campy, scathing and, most importantly, audio-visual extravaganza that continues to influence and inspire. 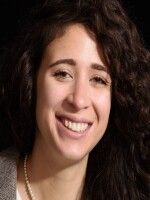