The Accidentals visited the studios of KSUT for some music and conversation with Stasia Lanier. 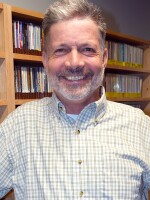