Archuleta County has one of the highest case rates of Covid-19 anywhere in the state of Colorado. KSUT’s Sarah Flower spoke with Liane Jollon of San Juan Basin Public Health about that, and what we know about the newly detected omicron variant.

Sarah Flower
Liane, today we start with the latest variant on the scene, the omicron variant. Colorado Governor Jared Polis has announced that the variant has been identified in both Arapaho and Boulder counties. As of right now, Colorado was one of the first three states in the nation to identify this variant, which Polis has said is because of our really strong ability to do genomic sequencing. He has touted that it's some of the best in the nation. And that's showing up as we are one of the first to discover this variant in America. What are your thoughts on this new variant, and what do we need to know about transmission - and what do we know about this variant today?

Liane Jollon
So first of all, yes, the omicron variant has been found in two instances in Colorado thus far, and is also identified in almost 20 states as of this weekend. What we do want to be clear about is, we're likely to find things where we're looking. So Colorado is well positioned to find variant cases early because we do have an excellent opportunity for genomic sequencing in this state. So that's, first of all, one of the reasons why we find it here early. And both of the cases that we found in Colorado are linked to recent travel in southern Africa. And this is because when we do case investigations with people who have positive cases, we're able to collect that sort of information: have you traveled, where have you traveled, and then these positive tests were bumped up in the queue, to have them sequenced earlier, rather than sitting and waiting for a week or two or three until it was their turn to get their sample sequenced. So the likelihood of finding cases in people who had recently traveled to southern Africa also needs to be balanced with there are other people in the state of Colorado and all across the country who may have caught omicron from community spread, but we haven't found those cases yet. You know, we've talked a little bit about how it's going to be a couple of weeks process to learn what's going on with omicron, and this is it. This is actually how it happens and unfolds in front of our eyes. Of course, the first cases that we're finding are related to travel, it doesn't mean in any way that those are all of the cases we have in the U.S. So there's still a lot more to learn. But right out of the gates, it's in almost 20 states.

Flower
In a press conference last week, Governor Polis isn't really sounding an alarm on this variant, because there's still, as you just mentioned, a lot that we need to know. Where's your level of concern for you and your team at San Juan Basin, Liane, at this point,

Jollon
I think it's really important that we pay very close attention as this unfolds and continue to remind people locally, that we have good tools to protect our health. And this is a really important time to use them. So for example, since omicron was identified as a variant of concern, the CDC came out and said, rather than, you're eligible for a booster, if you meet this criteria, they changed it to you should get a booster if you meet this criteria. And this criteria is now all adults who are either two months out from a Johnson & Johnson shot, or six months out from Moderna, or Pfizer should get a booster. So what we're doing locally is tracking this information as best we can, learning with everyone as we go. But also reminding people, the CDC has upgraded this to a full recommendation. And the reason the CDC is recommending everyone get boosted and get boosted now is because we want as many people as possible in our community to kind of have the highest level of protection that's available. So if you have one shot, you get some measure of protection, when you finish your series, you have an increased level of protection. And now there's evidence that that protection can wane. And there's also early evidence that the omicron might be, a sneaky little variant that can evade some of the protection that's offered by the vaccines right now, because we're in a tremendous Delta surge still, in fact, Archuleta County has one of the highest case rates anywhere in the state. And because we don't know what's happening next with omicron.

Flower
It has been just shy of two weeks since the Thanksgiving holiday. Cases were pretty high right after that into the weekend, just after Thanksgiving. How are we looking now on that heels of that wave and coming on to holiday parties and a holiday just approaching shortly.

Jollon
It's just startling how similar this is to last year when we didn't have the same tools in our toolbox. So last year, we went into the holiday season here in Colorado, with very, very high case rates. And we were very nervous about what would happen in the holiday season. Yet the holiday season was actually the beginning of the downward trend. So I think one thing that's important to remember is you have to decouple the case rate trend with the hospitalization trend because hospitalizations often follow cases by a few weeks. So in Colorado, we've seen this plateau and this dip in cases statewide. We have followed that trend here in La Plata County, we have not followed that trend in Archuleta County. Archuleta County, unfortunately, has one of the stickiest, highest rates in the state right now. But while we're seeing this case rate, start to show sustained downward trend, we've seen the hospitalizations also start to fall, but not fall fast enough to take the pressure off of the hospital system. So we're still in a state here in Colorado, where it is very hard to get a hospital bed, it's very full in the ICU's. We're running out of ventilators. And, if you need hospital care for COVID or anything else, there's a really high likelihood that you would be transferred to another hospital rather than the hospital that you showed up at for care.

Jollon
The last thing we want people to know is that we are very lucky that this week, the state has continued to keep a monoclonal antibody treatment bus in our community. So if you test positive this week, and you are at risk for severe illness because you were over the age of 65, you're overweight or obese, or you have other chronic conditions that would lend themselves to you having a difficult bout with COVID-19, please avail yourself of the bus that is here for another week. Once that bus leaves this community, the state is working on increasing access to free monoclonal in other locations in our community. But the bus is here right now this week. Please use it if you receive a positive test. 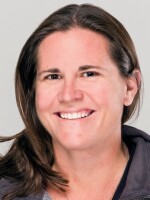